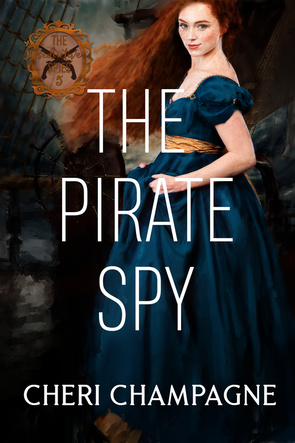 The fifth novel in the Seductive Spies series.

Callum McInnis dreamed of one day returning to the sea to fulfil his boyhood desire of becoming a pirate captain. At long last, his most recent assignment with the Home Office has him doing just that. His mission goes awry, however, when he comes across the Duke of Norshire’s missing daughter.

Kidnapped and devoid of hope, Lady Laura Morris is stuck on board a ship full of blackguards, until a pirate captain claims her as his bounty. Now, ensconced in the captain’s cabin on a ship of pirates, she must put her trust in the man that rescued her.

Heat flares between them as they weather storms and battles in search of Callum’s quarry. But will they have their chance at love before the danger that sails closely behind them catches up?